All the plantations are held on long-term renewable leases. All agricultural land in Indonesia is owned by the government and leased out; this is the same for Indonesian citizens and companies as it is for foreign companies such as M.P. Evans. We have held our oldest estates on this basis since the 1960’s when this legal framework was introduced.

The extent of new development and replanting in our older estates means our palms are on average still relatively young. This is important as the yield from a new planting increases very steeply in the early years of its life before reaching a peak when the palm is about ten years old. The young age of its palms means the Group can anticipate very strongly increasing crops well into the 2020’s as its palms mature. The Group's average annual crop growth in the last decade has been 14%.

Indonesia requires at least 20% of any new plantation development to be given over to smallholders. We implement this in our development by fostering scheme smallholder co-operatives, which own at least 20% of any land we have developed since this requirement was introduced in 2007. The co-operative contracts the Group to plant, manage and harvest its land, and M.P. Evans purchases the fruit, which is the same quality as its own, at a price regulated by the provincial Indonesian government. This fruit is processed in our mills and is sold as our crude palm oil.

All crop harvested by the Group or its associated smallholder co-operative schemes is traceable to a specific field.

Find out more about our smallholders

A table of the Group's land showing what has been planted and what the Group expects to plant is given below: 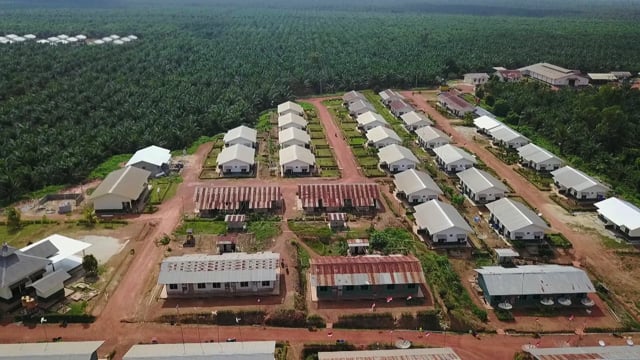 An explanation of M.P. Evans’ high standards and returns.

Find out more about
M.P. Evans' planting profile and results.

Smallholder co-operative schemes attached to the Group's projects have been developed, operated and certified by us.