Smallholder co-operative schemes attached to the Group's projects have been developed, operated and certified by us to the same high standards applied to our own areas. These have become substantial undertakings.

Co-operatives potentially give a triple benefit to those living near M.P. Evans' operations. Members receive a compensation payment if they offer land to M.P. Evans to develop; they may come and work for the Group for a wage; and in any case, as a co-operative member they receive an income from a well-managed and productive asset.

When it undertakes new development, the Group enters into an arrangement with the local community to provide land planted with oil palms. This is done through a co-operative scheme, whose members are eligible individuals in nearby villages. In the early stages, we loan the finance to plant these areas and help the co-operative obtaining its own bank finance, guaranteed by the Group, once official land titles have been issued.

Amounts due to the Group, which can be substantial, are repaid out of the co-operatives own bank borrowing or profits. We provide working capital funding to the co-operative so that it can pay a modest dividend to its members once harvesting begins even though the co-operative is not at this point yet profit making. Scheme smallholder hectarage follows the same sustainability standards and certification as the Group's own areas. Maps of scheme smallholder land are submitted to the RSPO in the same way as for our own land.

We manage the co-operative schemes on behalf of their members, and buy their fruit at a price set by the provincial Indonesian government. This has been a successful way of engendering goodwill with the community in and around our areas of operation, as well as providing it with a tangible and remunerative business which is owned by them.

The Group acknowledges the important role played by independent smallholders. The Group is now running a pilot project in Bangka and has begun to deliver training on agronomy, which will be supplemented by in-field visits and advice to encourage independent smallholders of oil palm to become members of the RSPO, and so help it achieve full certification of all the crop processed at the Bangka mill by 2025. With the experiences gained from this, the Group will move forward to its other estates thereafter. We will support them by inviting participation in mapping and then providing training on how to improve their yields and quality through better agronomy. The Group will also provide training on health and safety and how to use protective equipment properly, as well as how to protect the environment and increase social awareness.

When acquiring new land for development, the Group negotiates compensation terms with local people in a fair and transparent manner. In accordance with guidance on free, prior and informed consent issued by the RSPO, we respect scheme smallholders', independent smallholders' and the community's right to be fully informed and freely to give, or withhold, their consent to any Group activity affecting their land, livelihood and environment. The Group has a department with permanent team members whose role is to lead an intensive programme of communication and participatory mapping.  The programme is designed to ensure that all individuals giving up rights to land do so freely and only after they fully understand what is being given up, in terms of either legal or customary rights, in return for financial compensation offered by the Group.

Transactions are meticulously recorded and witnessed, including by representatives of local government. In this way, the Group seeks to ensure both legal and customary rights are fully taken into account during discussion and agreement of land compensation. The Group's process is designed to respect the rights of communities and indigenous groups wherever it operates. In the event there are claims that involve already compensated land, the Group has a procedure to resolve these conflicts, summarised below:

Read about our focus on the environment, sustainable palm-oil production and social impact. 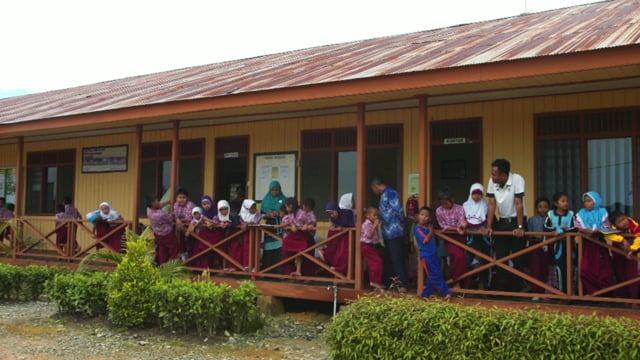 The Group has a zero-waste policy and sets aside significant conservation areas.