Palm-oil prices were on an upward trend for most of 2021, reaching record highs in the early part of 2022.

The CPO price followed an upward pattern for the majority of the year, ending at US$1,305 per tonne cif Rotterdam. Since the year end, prices increased dramatically, reaching record highs, and by early March 2022 had climbed to over US$1,900 per tonne following the recent tragic events in Ukraine. Furthermore, recent prices have been supported by low stocks and smaller than expected production.

The price of soybean oil also followed an increasing trend in the year, partly following the same movements as other major vegetable oils, but also reflecting subdued supply. Parts of South America recently suffered from substantial drought, expected to further restrict soybean-oil supplies. In addition, the recent tragic conflict in Ukraine, an area of significant vegetable-oil production, is likely to diminish market supplies.

The Group does not receive the full benefit of the high quoted CPO prices. Its net mill-gate price is received on a tender basis, which is after adjustments to take account of the Indonesian export tax and levy, as well as transport and insurance costs. Over the course of 2021, the average mill-gate price received for the Group’s CPO was US$810 per tonne, 37% higher than the US$591 per tonne in 2020. During the first two months of 2022, the Group’s average mill-gate price when selling its CPO has been approximately US$1,050 per tonne. As announced on 18 March 2022, the Indonesian government has increased its export levy by up to US$200 per tonne. Nonetheless, mill-gate prices of over US$1,050 are still being achieved by the Group.

In 2021, world production of palm oil was 76.0 million tonnes, up from the depressed level of 73.8 million tonnes achieved in 2020 as the Covid-19 pandemic made itself felt, particularly as it related to labour controls in Malaysia. Indonesia and Malaysia once again accounted for 83% of world production, but with a noticeable shift towards Indonesia, as production in Malaysia fell by 1 million tonnes in the year, symptomatic of both continuing labour control issues, and a lack of long-term investment. The total area planted to oil palm in Malaysia reduced for the first time in 2020. In Indonesia, there has been a slowing in the increase of both new plantings and total planted hectarage coming to maturity, a reflection of the Indonesian government’s commitment to sustainable development through more stringent controls over releasing land for cultivation. Oil World forecasts production growth in both countries in 2022, but these factors will have a long-term impact.

Demand for palm oil increased in the year, with consumption once again higher than production, and stocks remaining tight for most of the year. However, stocks recovered to some degree, as the increase in production was greater than the increase in consumption in the year. As the year progressed, consumption may have been held back by high prices, although some countries have reduced import taxes to ease the burden on consumers. Palm oil continues to be the dominant vegetable oil, accounting for approximately 38% of the world market.

Palm-kernel oil
Palm-kernel oil (“PKO”) is derived from the Group’s secondary product, palm kernels. The Group sells its PK to independent crushing facilities, and the price it receives is correlated to the market for PKO. The price of PKO itself can be connected to the price of coconut oil, because of its use in similar end products such as personal care and cosmetic items, and often sells at a discount to it.

To a large extent, the production of PKO follows the production of CPO. The PKO price started the year at US$1,322 per tonne cif Rotterdam (significantly higher than the average in the previous year of US$796 per tonne). As the year progressed, export demand for PKO increased, including from Europe, whilst, similarly to CPO, supply from Malaysia remained restricted due to the ongoing labour shortage. There was a continuing shortage of coconut oil following a typhoon in the Philippines in 2020, compounded by further typhoon damage in December 2021. Unusually, for some of the year, PKO traded at a premium to coconut oil, and the price increased during the year to reach US$1,842 per tonne cif Rotterdam by the end of 2021. 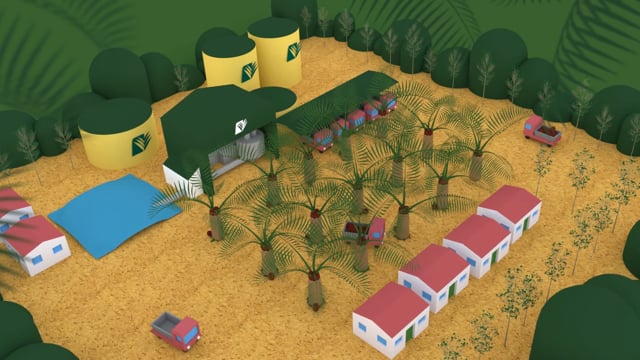